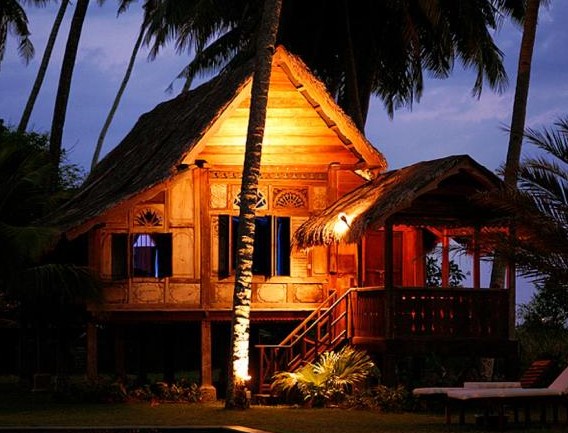 Every country has its allure.  Arriving in Malaysia, we immediately sensed something was different. Malaysia casts its net around you and softly draws you inside, its tentacles tantalizing you with what I call that ‘kampung feeling’. One becomes aware that things are different here from the life we’ve known, giving rise to a cosy feeling that you’re among friends in a kampung or village. We relaxed into the easy-going lifestyle, the open friendliness and laconic humour of the local people.

Amid a diversity of cultures, languages and religions, Malaysians will reach out to help you or to extend the hand of friendship at every opportunity. I was at University with many Malaysians - Malays, Chinese and Indians studying in Australia, but this did little to prepare me for the sensory and visual overload of the diverse customs, languages and ornate cultures.

I arranged to hire a car one day when I was in Lumut and was due to collect the car at an appointed location in the main street, the ‘Sun-dries’ Shop. Little did I know then that ‘sundries’ was the term for a mixed grocery shop, something that has all but disappeared from the shopping landscape in Australia. There outside the shop was Mr Kumesh, my contact, an impeccably dressed Malaysian-Indian, standing beside a very small grey car. Next minute an impressive silver-grey high-end Mercedes pulled up and out stepped a tall, suave Indian man who introduced himself as Ronald. His pinstriped pants and embossed cotton shirt made a statement straightaway and, in friendly conversation, it turned out that car hire was a sideline to his engineering business. Ronald was the same age as me and had studied at my local University in Tasmania – we were Uni mates. In two minutes, a relationship of trust was established and in his kampung-friendly way, he handed us the keys and waved us off with: “If you ever need anything, give me a buzz.”

We hopped into the little car and took off, pulling up at the next set of lights. In front of us was a small, thin, funny-looking car that looked like Noddy’s car and I burst out laughing. My husband looked across at me, his eyes wide in amazement, noting with a smirk, that I was sitting in exactly the same car, the ubiquitous Perodua Kancil. I counted over a hundred of these cars on the drive back to the marina and realized that the Kancil signifies how far Malaysia has come in twenty-five years since it rolled off the production line. That car of Ronald’s took us everywhere and you’ll find one in every kampung.

Months later, returning from a road trip, almost home, the Kancil swayed her rear end to the side of the road and lurched in an involuntary dance as she ground to a halt in the gravel. She was hot, tired and had given up in surrender, one tyre as flat as a pancake. We hopped out and searched the boot for the spare wheel and jack, which was broken. With the spare wheel lying hopefully on the ground beside the car, we gazed up and down the road, each car speeding past as it disappeared into the distant fields of high grass. What to do? Perhaps one of us could stay with the car while the other hitched a ride to the nearest service station.

No sooner had we begun to think of solutions, than a young Malay man pulled up on his motorbike, took off his helmet and asked how he could help. Looking at the broken jack, he jumped back on his motorbike, indicating that he lived in the kampung nearby and would come back with a modern one. Ten minutes later he returned and as my husband went to take the jack, he waved his away. He was young, he would change the wheel for Tuan, no worries. We stood there in awe at his generosity and his cheerfulness in helping us. When we offered to pay for his assistance, he seemed offended. He waved his arm towards the nearest cluster of buildings - this was his kampung and it was his pleasure to help us. He laid his hand over his heart and bid us farewell, his face breaking into a broad grin as he happily rode off.

When we arrived in Penang, we made a similar rental arrangement with Madam Koko, a diminutive Chinese Nyonya who, apart from renting us a car, made it her mission to induct us into the world of Nyonya cuisine. Every month when the car rental was due, we would meet up on the side of the road somewhere and she would pass through the window yet another Nyonya or Penang delicacy. We enjoyed the wonderfully aromatic Kopi O which arrived in bags from her secret source, or Chang, a triangle of sticky-rice filled with pork, egg and mushrooms, wrapped in banana leaf. She told us where to buy the best Char Kuay Teow, Penang’s signature dish, and the most delicious kampung Nasi Lemak, a meal of coconut rice, egg, peanuts, ikan bilis and spicy sambal, wrapped in banana leaf. In true kampung style, along with the car and the keys, came a simple level of trust in the expectation that you would honour it.

One morning during pandemic movement restrictions, with few people around, we set out to walk the Penang strand by the sea, returning via a newly built highway, the verges of which had become overgrown during the lockdown. As we walked, we met some local people out for their exercise, everyone nodding, smiling and waving. We encountered a local man of similar age collecting plant cuttings in a plastic bag. I stopped to ask what he was collecting from amongst the tangle of undergrowth and he explained that the young leaves were kangkung (water spinach) that he stir-fried with a spicy sambal, a traditional Penang dish. During our conversation, it emerged that his son, a high-profile dentist, had studied and now lives in Sydney and is chair of the Australian-Chinese Commerce Association.

We continue to see him each morning collecting plants, along with two very vibrant, out-going young women in exercise gear, also out collecting what they call green mini-tomatoes from among the tangled vines. When they offered them for us to taste, it was with instructions to wait for the ‘pop’ in your mouth. They certainly do pop and the girls explained, amid gales of laughter, that you don’t cook them, you eat them like pop-corn in front of the television. We continued on our way, light of heart, smiling at each other as we walked. One question is like the twist of a kaleidoscope, unveiling another aspect of the culture.

I used to take the free Rapid bus to the Pulau Tikus market each week. One morning while waiting for the bus, an older Malaysian-Chinese auntie came along and sat next to me. As we greeted each other, I asked how she was, and immediately a story tumbled out about the passing of her husband, the son in Singapore wanting to turn her out on to the street to sell her house, since property values in Penang were rising rapidly. She was distraught, after all she had done for him, working long hours to educate him. She explained that it is customary for property to be handed to the eldest son, with the proviso that the mother remains there until she passes on. She was disappointed with her son’s behaviour and worried about her uncertain future. I could do nothing but listen in support.

Finally, the bus arrived and she went out of her way to make sure I had a seat and knew where to get off. All other eyes on the bus fell upon me and I felt as if I had stepped through a curtain into a kampung of caring locals. The other passengers, aunties and uncles, enquired about our welfare, where we were from and where we were going. As the bus trundled on, we discovered that many of the passengers had children studying in Canada, the UK or Australia and some had been to Melbourne and had relatives living there. As they explained, however, Penang was more comfortable for them, it was what they knew and besides, they were already too old to consider moving overseas to be with their children.

Throughout the short trip, an old Malaysian-Indian man reminded us numerous times how many stops we had to go before we reached the market. I was quietly confident that we would not miss our stop. As we came down Burmah Road, the old man tapped us on the shoulder, his eyes twinkling and his head waggling from side to side. The bus stop was coming up. We hopped off the bus, thanking our new friends all madly waving, our hearts brimming with pleasure from the unexpected generosity and kindness.

We wandered through the market, past stalls laden with fresh fish, a wonderful array of brightly-coloured vegetables, Nyonya sweets, flowers and custom-blended spices, amid the heckling of the pork and chicken uncles. The Thai Buddhist monks were on every corner in their saffron robes, the poor and disabled sitting on the pavements, smiling with hands outstretched for a few ringgits for breakfast. As we observed the people, we saw their gestures and interactions through new eyes, kampung eyes, as morning life unfurled for the universal family.

On subsequent trips, the young chicken guys would call out to us and banter in Malay, the old Indian flower seller would greet us in beautiful English, the spice auntie would mix curry ingredients based on which part of the chicken we had bought, the banana auntie educated us about smooth, creamy red bananas and the Thai pineapple girls always saved us two small sweet ones, no matter what time we turned up. Shopping done it was time for breakfast. We meandered past Susie’s roast duck and pork stall, past the line of eager customers into the interior of the thriving market.

We managed to get a table in the busy hawker area. I looked up as I sat down, raised two fingers to one of the stall holders and steaming bowls of aromatic Wan Tan Mee Soup arrived, followed by hot Kopi O, the local strong coffee and a Kopi Susu, the layer of condensed milk a yellow stripe along the bottom of the glass. This had become our customary breakfast place. My eyes wandered across the crowded tables with delight until I saw a Malaysian-Chinese couple busily scanning the tables for seats. I waved them over and they joined us for breakfast.

One question laid bare a common story - their children were studying overseas and they had advised them to take jobs in another country rather than returning to Malaysia. Familiar, casual conversation continued with this friendly couple who were keen to hear about living on a boat. When they realized we were not permanent residents, they leaned over and in hushed tones advised us that if we ever encountered trouble, we should run to the nearest Chinese house where we would get help.

As we left the market and made out way home, we realized that it was only 10.30am. In a three-hour trip to the market, we had learned more about Malaysia from the locals than we would ever find in a guide book and it had been such fun. Our brief encounters were imbued with generosity, friendliness and kindness, a mirror of the kampung kaleidoscope that is Malaysia.

Cecilie Murray is a former e-learning business owner whose childhood ambition was to be a tourist. After travelling with work around Australia and Asia, she set sail around SE Asia while working online. Now retired on an S-MM2H visa in Malaysia, she and her partner live on a yacht and have a kampung house in Indonesia where they have established an education fund to support the local community. 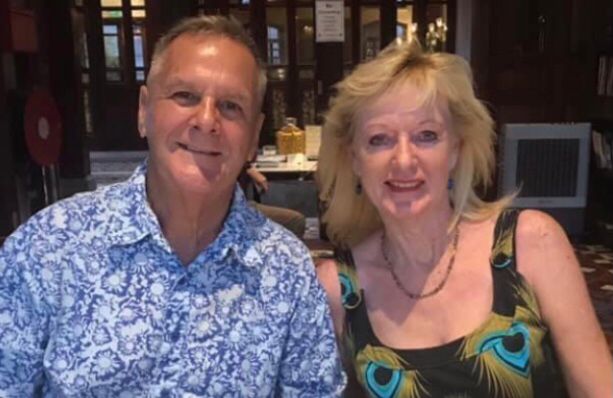